Only seventy dollars for an original Schulz drawing? Surely, that’s too good to be true! Indeed, it is. While comparing this Happy New Year Peanuts Artwork to the actual original, the big tip off is… it’s almost exactly the same! 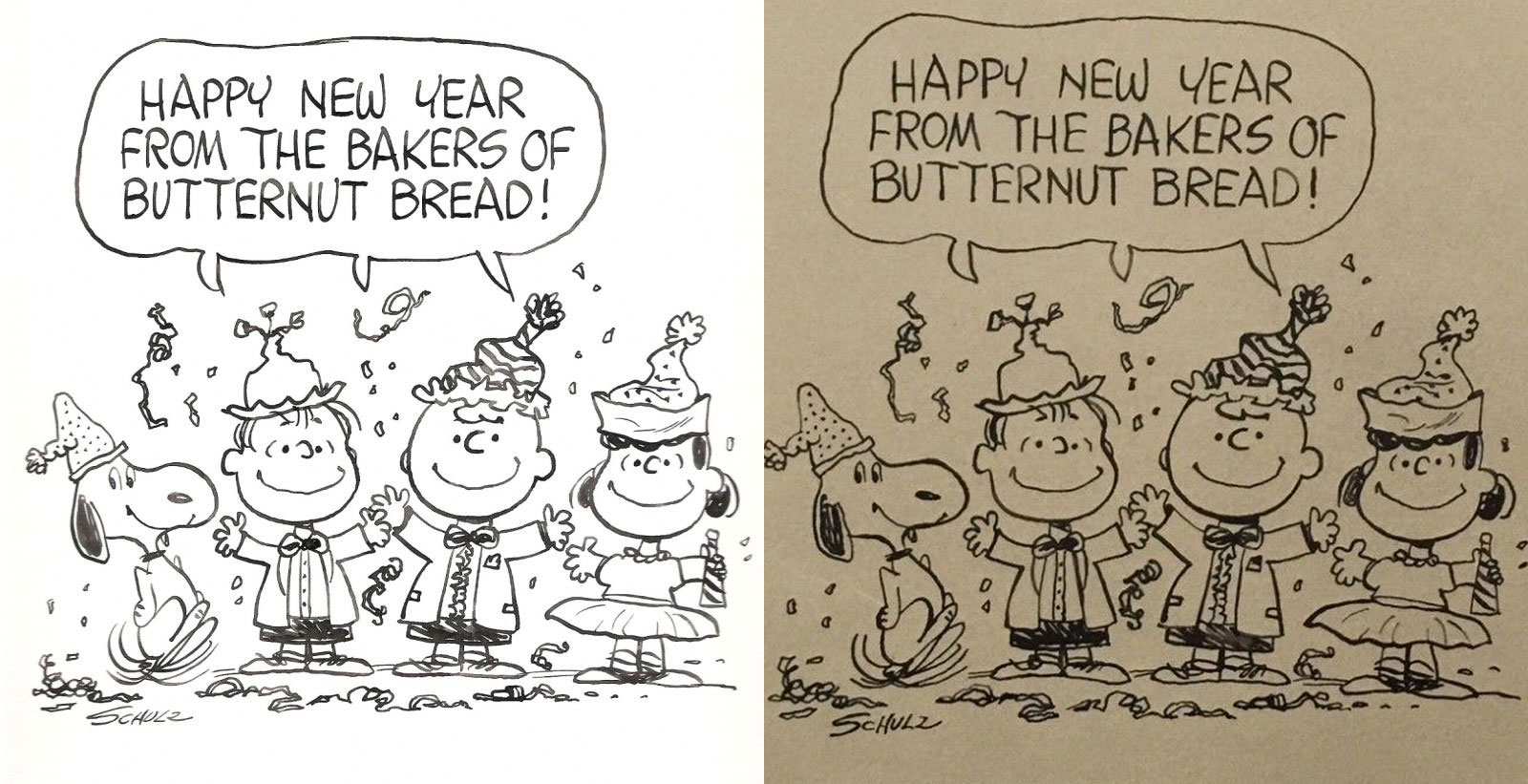 Original on Left, Suspected Fake on Right. Click to enlarge.

Origin stories are a great place to start looking for fakes. This drawing comes from Russia. Based on the political background in the 1960’s when this should have originated, why would someone in Russia be interested in a Peanuts original drawing. Of course, they may have purchased it much later, but again, why would this appeal to a Russian? How is there no story there? And since there isn’t, why is there no receipt of where it was bought? As a collector of rare artist drawings, certainly you’d want a paper trail to legitimatize your collection. While being from Russia doesn’t make it an auto fake, it certainly raises a red flag.

Paper can also tell its own story. Old paper generally “foxes” or turns darker on the edges. Just being off-white doesn’t mean paper is old. This paper doesn’t show any signs of discoloration on the front. Perhaps it’s bad photos or a very lucky break for the seller. However, old paper isn’t hard to get and doesn’t automatically make a drawing legitimate.

Charles Schulz was a busy, busy man. By the time he was doing Butternut bread advertisements, he’d be feeling the stress of all the different things he needed to take care of. Not only was he working on the Peanuts comic strip, but TV specials, licensing deals and his family. Why would he redraw this scene? Perhaps if it was a generic drawing NOT about Butternut bread, I could understand. Someone says “I just love that!” and Schulz says thank you with a quick redraw with a personalized saying to the lucky person. Could this be an initial sketch? But it’s much too complete for a quick mockup! If it is an early rendering, why are there no notes, pencil lines, changes to the final piece? As a designer, these are all inevitable in any design process.

Charles Schulz got his start doing lettering. Like any handwriting, over the years it becomes second nature and fluid. While these written words may seem humble, their subtle lines and brisk movement is the sure sign of a true Charles Schulz. Comparing the two pieces, the fake shows slight hesitations in the movement which translates to less than perfect curves. The crossing of the letter T is suspicious. There are four letter T’s in this piece, three of them have a bit of a swoop to cross them. The last T in Butternut is a straight line in both pieces. 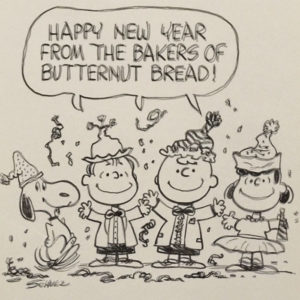 The two drawings overlaid on each other. Click to enlarge.

Finally, Schulz was an artist. If he was redrawing this scene, why is everything nearly exactly the same? The placement of the confetti is suspicious. If Schulz was redrawing this piece, why are there so many subtleties so exact? Surely, things would change a little more between renderings. Drawing the Peanuts characters is second hand to the true Charles Schulz and multiple renderings of the same thing would surely show more differences in the subtle placements. Snoopy’s dance lines in the original are swift, moving from a sharp point to a thicker width near Snoopy’s body. In the copy, these same lines seem uniformly wide and blunt at their ends. To give these lines that crispness, Schulz need to have the movement come second hand and pour quickly from his pen.

How much is this Happy New Year Peanuts Artwork worth? I will gladly redraw it for you for $70. It might not be as good as the original, but at least the real “artist” gets some credit! While people try and get thousands for fake Peanuts originals all the time, this seller is certainly trying to give someone a bargain and turn a nice little profit when they sell enough of them. Can you prove me wrong? Feel free to at info@collectpeanuts.com.

I wrote this post back in November. It may be a fake, but it’s still based on an awesome drawing and perfect for the New Year. Imagine my surprise when a few weeks later it had sold! Three bidders raised the price to an astronomical $311 (for a fake). Someone probably thinks they got a great deal on a Schulz original, unfortunately. While you might be thankful that you weren’t suckered, this actually hurts all of us who dream to own a real Schulz someday or sell one in the future. When you can’t tell what’s real, it cheapens all the pieces on the market, including the real ones. What’s real? What’s fake? When you can’t tell, you shut it all out and can’t follow your dreams.

I’m not the only Peanuts fan to turn their nose up at this same eBay seller. Check out the Aaugh Blog for another tale of Peanuts deception.

PEANUTS FIND OF THE WEEK

If you enjoy our Snoopy Sanity Checks, you’ll love our Peanuts Find of the Week! It’s a fantastic Peanuts treasure at a reasonable asking price. You’ll learn why I’m so enthusiastic about my find. Plus, you might want to buy it for your collection. Sample our finds on CollectPeanuts.com… 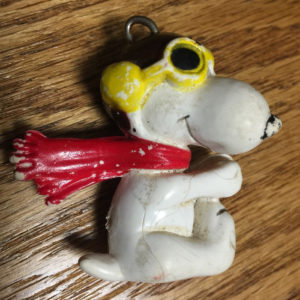 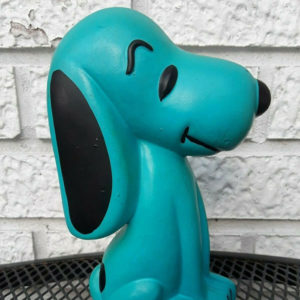 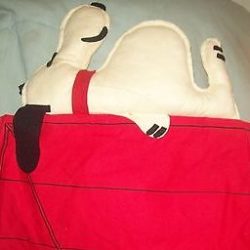 Send this to a friend
We use cookies to ensure that we give you the best experience on our website. If you continue to use this site, we will assume that you are accept it.OkPrivacy policy